How this Fast Diet Lifestyle works: Eat these meals tomorrow, for a calorie total of less than 600. On another day this week, eat the meals from a different post, another day of eating 600 calories or less. Eat sensibly the other days of the week. That’s it. Simple way to lose weight and be healthier.

When my sister and I were children at the table, and my mother would ask, “Would you like some more to eat?”, there were two answers which were not allowed. “I’m full” and “I’m stuffed.” It had to do with the inelegance of the phrasing. [The polite response was, “No, thank you.”]  Heck with that — today we will talk about meals that are ‘stuffed’ and will fill you up on a Fast Day. 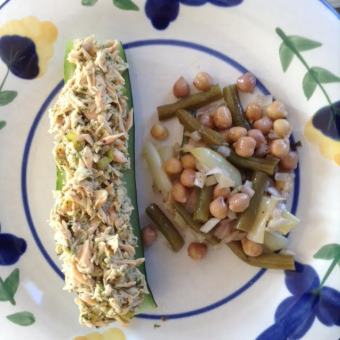